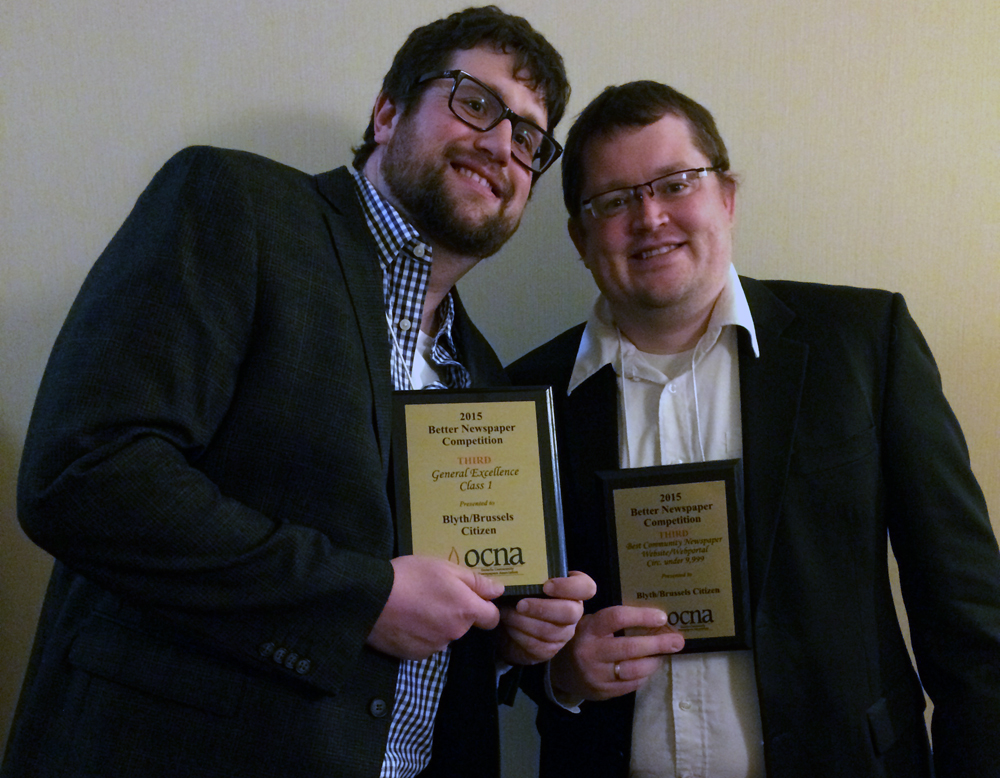 Shortly after receiving word that The Citizen had finished first in several categories including general excellence at the Canadian Community Newspaper Awards, the editorial staff for the newspaper, Editor Shawn Loughlin, left, and Reporter Denny Scott, attended the Ontario Community Newspaper Association's Better Newspaper Awards in Vaughan where the publication was named third in general excellence with a subscription base under 2,000 and third place for best community website with a subscription base under 10,000.