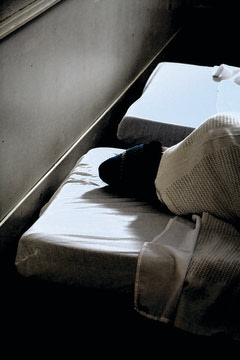 Out of the Cold

He was wandering outside New Orleans pizza in Clinton when pizzeria owner, Judith Damsma, saw him. He had put his boots and a pair of socks on a picnic table, and was walking around the parking lot wearing a rather worn pair of socks. It was early winter.